Sisters of St. Joseph of BostonJoin Our MissionInterested in Being a Sister?Meet Our Newest Boston Sister 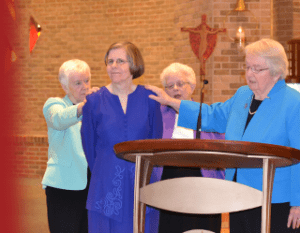 On March 24, 2019, Jean McKinney, CSJ,  celebrated her Initial Commitment of vows to God to live as a Sister of St. Joseph of Boston.

As our CSJ Constitution notes, Jean does this in response to the call she has received from God for a radical following of Christ. She makes this profession of public vows of chastity, poverty, and obedience before the church and the world.

In January 2016, after two years as an Associate with the congregation, Jean began the Candidacy phase, the process of becoming a canonically vowed member. During this time, she lived in a small community with vowed members, maintained her professional position at a computer company, and participated in the life of the congregation. The small community was one of several located within the larger community at St. Joseph Hall, Framingham. Jean found this to be a good transition as she was familiar with many sisters in Framingham and had the opportunity to participate in a small community as well as a larger community. 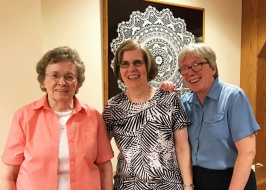 The nature of her professional position also made it possible for her to work from home at times thus affording more opportunities to be present among the sisters. During her year as a Candidate, Jean was mentored by Marie Connolly, CSJ, and Pat Quinn, CSJ 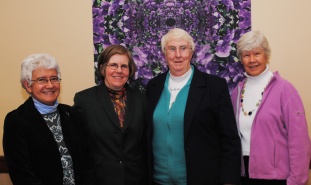 From January through August 2018, Jean McKinney has entered prayerfully and enthusiastically into her Apostolic Novitiate. During this time, she has been sharing community life with the Sisters at Stellman Road in Roslindale, Massachusetts, (designated as the Novitiate House).

In addition, she has met each week with our Novice Directors, Denise Kelly, CSJ, and Marilyn McGoldrick, CSJ. As part of her Apostolic Novitiate, Jean participated in a theology course at Boston College and deepened her understanding of the charism, mission, and spirituality of the Sisters of St. Joseph. 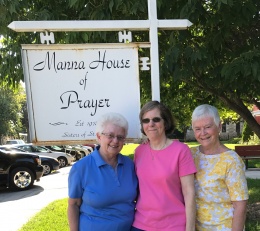 As part of the process Jean listened to the lived stories of some of our sisters, enjoyed a meal, prayer, and conversation with local communities, ministered at St. Francis House Shelter, participated in a weekly discussion group with Sisters at St Joseph Hall, attended inter-community programs, and participated in a retreat in Cape May, New Jersey, for those currently living religious life or exploring the call to religious life titled, “See! I am Doing Something New: Contemplating Religious Life in the 21st-Century.”

These are a few of Jean’s novitiate experiences that have begun to shape her life as a Sister of St. Joseph. Reflecting on her Apostolic Novitiate, Jean comments, “This time has been an opportunity to share and hear others’ stories, to be face-to-face with the ‘dear neighbor’, and ultimately a time to go deeper in knowing God and my sisters.” 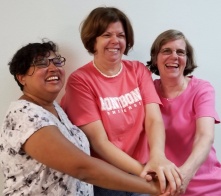 On August 20, Jean began her Canonical Novitiate, offered through the CSSJ Federation, at Manna House in Concordia, Kansas. Here Jean joined with other women from various parts of the United States and Canada in eight months of formal prayer and study in the Sisters of St. Joseph Federation Canonical Novitiate. The novitiate is a unique opportunity for these women to become grounded in their call to live as Gospel women. The Novice Directors will accompany her and participate in the Orientation Program for Novices and Novice Directors.

During her retreat at St. Mary by the Sea in Cape May, participants gathered to imagine together a future full of hope! As the description of the Cape May retreat states, “Indeed, God is doing something new!”

Ways to Connect and Discover More

Learn about our ministries in the Boston area