Sisters of St. Joseph of BostonPress ReleasesJoseph’s “Yes” Continues to Inspire Us

Joseph’s “Yes” Continues to Inspire Us 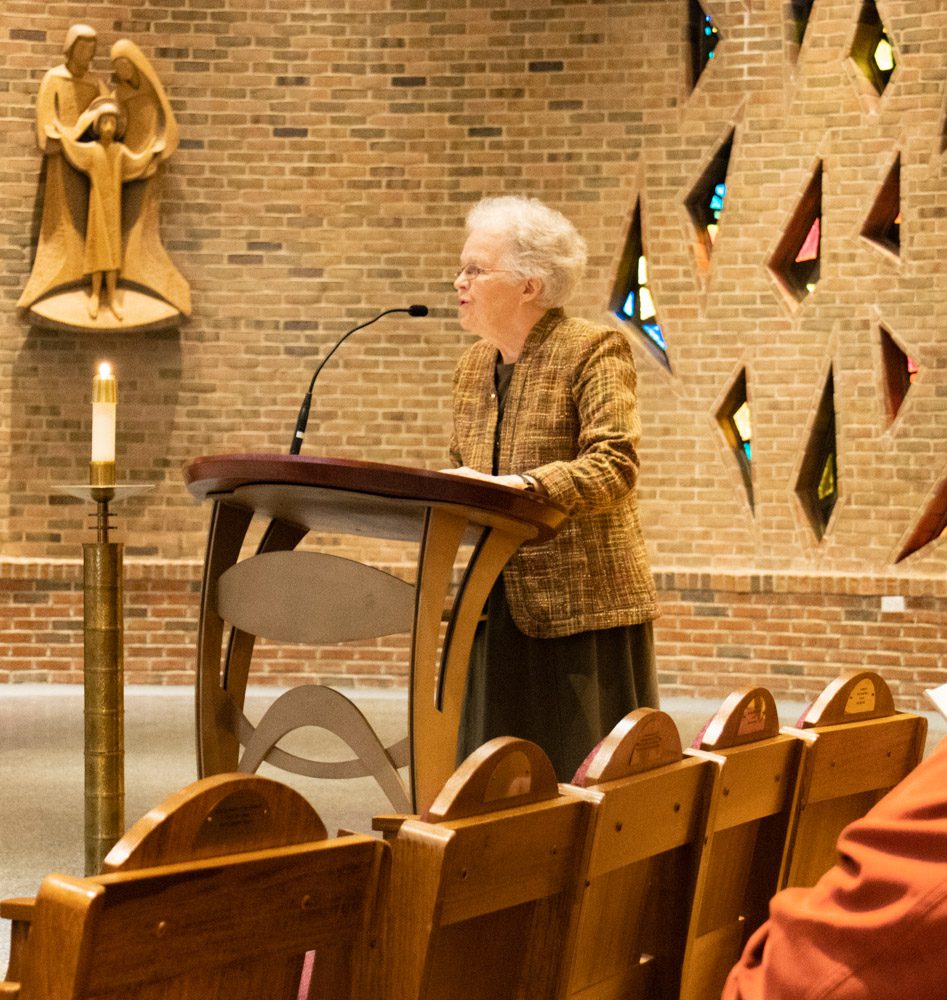 To all gathered here in the Motherhouse Chapel and to all who are joining us through live stream: it is always good to be together. A warm welcome to all!

Today we honor Joseph, our patron, brother, and friend.

The readings chosen for today remind us of the importance of welcoming a family, creating a home, and caring for future generations. Joseph did this quietly and without recognition, all the while exercising “the most sincere charity.”

Joseph’s “yes” continues to inspire us to go deeper into our mission of unifying love and to recognize the God who is always beckoning us to ever-widening circles of relationship.

Feasts Days are always moments of gratitude. We pause to give thanks for the gift of Joseph, his life, and our lives together in mission.

Happy Feast Day to all!

Joseph, as we know, doesn’t get to speak a single word in the gospel.

In Mark, something I read about him was how he’s the sort of person people mention by name only when they can’t avoid including him when they’re really interested in someone else. It actually fits pretty well with today’s gospel. It would seem that he is the center of it all, but in fact, Mary and Jesus are. Joseph happens to be the bloke who’s hanging around.

In a movie, he’d be an extra, and at the end of it, he’d be listed as detective number two, or hoodlum number three.

Given that, it’s really quite remarkable how Joseph is the patron of the universal church, a patron to so many congregations and works, that he’s mentioned by name in the Eucharistic Prayer, and that today we draw to a close this special year of St. Joseph, which was the explicit wish of Pope Francis. Pretty impressive for a bloke who’s an extra.

So, what is it that we can take from, say Joseph, and from this feast? I think there are a few things:

We already know our faith is not of superstars. What matters in Christian life is not becoming a star. It’s being faithful. And of course, we can attribute this to Joseph in a left-handed sort of way, who doesn’t ever tell us how he reacted to things. It simply tells us what he did, what he does, which is to always live out our faith.

We don’t need a big theater in which to play.

We simply need the people who are part of our everyday life.