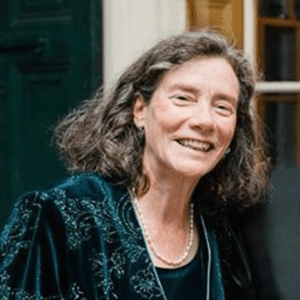 Virginia Blass, D.Min., M.A., M.Ed., is an experienced and certified Spiritual Director, preacher, retreat master, and author. Virginia has been engaged in ministry for over twenty-five years and offers spiritual direction, guided retreats, parish missions, parish programs, and consultation. An important part of the past twenty years included caregiving and accompaniment for her parents and her sister, Joan, in their senior years. Virginia has also developed several resources in areas of parish social outreach, retreats, and Ignatian Spirituality. Her new book on Compassion is expected to be published by May of 2022. She is presently on team at Our Lady of Calvary Retreat and Conference Center in Farmington, CT, and continues as guest director at Eastern Point Retreat Center in Gloucester, MA, Campion Center in Weston, MA, and other retreat locations. 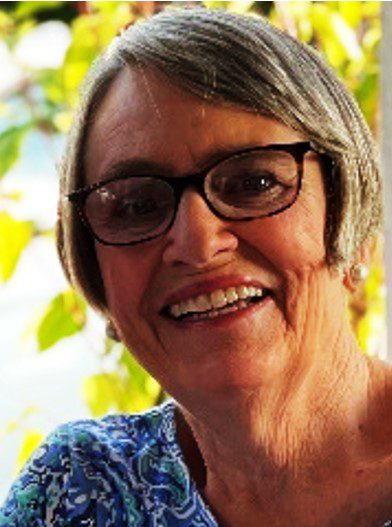 Nan Bouché, CSJA, is a wife, mother and grandmother of four precious young granddaughters. She is an associate with the Sisters of St. Joseph of Boston and a retired hospital chaplain. Nan holds a Master’s Degree in Theology from Boston College with a concentration in Pastoral Care and Counseling. Having completed two internships in spiritual direction, Nan has been engaged in the practice of spiritual direction for a number of years on Cape Cod where she lives. Nan also directs retreats in various retreat houses. As a trained supervisor, she is engaged in the ministry of supervision of spiritual directors. 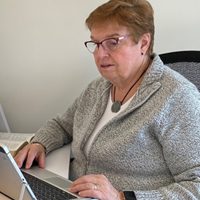 Rosemary Brennan, CSJ, is a Sister of St Joseph of Boston who deeply values the ministry of spirituality and is enthusiastic about directing and mentoring others into this meaningful ministry.  She is a seasoned spiritual director and retreat presenter who received a Master of Divinity from Weston Jesuit School of Theology and a Master of Education from Boston University. Rosemary is a supervisor in the Post-Master’s Certificate of Spiritual Formation at Boston College School of Theology and Ministry and has done individual and group supervision of spiritual directors. She has directed and presented numerous retreats throughout the United States and was the Director of the St Joseph Retreat Center in Cohasset for eleven years. More recently she served on her Congregation’s leadership team.  She is presently involved with the St. Joseph Spiritual Ministries. 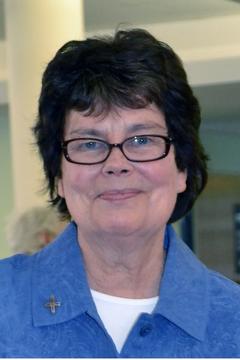 Maureen Casey, SND is a Sister of Notre Dame de Namur who has been involved in the ministry of spiritual direction and retreat work at St. Stephen Priory in Dover, MA and more recently at Miramar Retreat Center in Duxbury, MA. She has been involved in the ministries of spiritual direction and retreat work for the past 35 years. Maureen also is part of the coordinating staff of the Spiritual Direction Internship Initiative with Joan McCarthy CSJ. 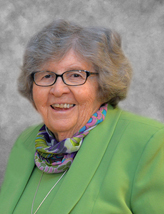 Over the last ten years,  Joan Duffy, CSJ, has been a facilitator for Directed Retreats at St. Joseph Retreat Center in Cohasset, Miramar Retreat Center in Duxbury and recently at Eastern Point Retreat Center in Gloucester. As an experienced group facilitator, her focus has been on discernment of heart as a way of being attentive to God’s presence in our lives as each day unfolds. With varied experiences in spiritual companionship, Sister Joan is involved in the ministry of Spiritual Direction at the Motherhouse of the Sisters of St. Joseph in Brighton. Additionally, her ministry involves spiritual companioning of retired sisters and leading prayer services. 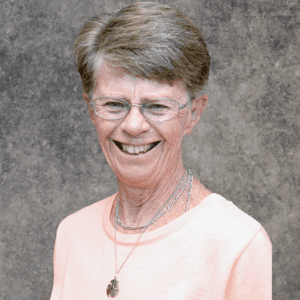 S. Maryann Enright has been a Sister of St. Joseph since 1958. She served a number of years as Teacher and Dean of Students at Fontbonne Academy, nearly two decades with the Office of Spiritual Development followed by a term in leadership within the Congregation. Service to incarcerated women and men has woven through these and other ministries for most of her religious life. 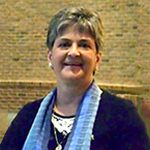 Joanne Fantini, CSJ Agrégée is the Director of St. Joseph Spiritual Ministries. She served at Eastern Point Retreat House for 4 years as Director and 1 1/2 years as a member of the retreat team staff. Joanne received a Master’s Degree in Pastoral Ministry with a concentration in Spirituality from Boston College including a year-long practicum at CRD and the Jesuit Collaborative. Joanne has been providing spiritual direction and retreats since 2007 in the Ignatian tradition. She is the mother of 4 adult children and grandmother of one. Joanne recently made her vow as an Agrégée with the Sisters of St. Joseph of Boston. 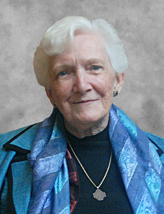 Carol Fitzsimmons, CSJ, has more than 30 years’ experience as a Spiritual Director and Retreat Director. She has a master’s degree in Counseling, a Certificate of Study from the Jesuit School of Theology, Berkeley, California and holds a Certificate in Spiritual Direction from the Center for Religious Development, Cambridge, Massachusetts. Following 10 years as Team member and teacher in the Sabbatical Program at St. Stephen Priory and Spiritual Life Center, Sister Carol served at St Joseph Retreat Center in Cohasset, Massachusetts. She continues offering Spiritual Direction and Retreats. 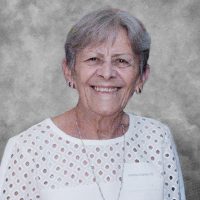 Carlotta Gilarde is a Sister of St. Joseph of Boston.  Through her years of ministry, she has served the people of God in various ways:  teaching, pastoral ministry in Peru, chaplaincy at Children’s Hospital in Boston, prison ministry with Latinex inmates at Middlesex County Jail in Cambridge.  Carlotta received her Master’s degree in Pastoral Ministry from the Pontifical University of Peru, and is a certified family counselor.  Carlotta says, “It is a gift to be able to prepare a Day for Prayer that helps me read scripture in depth and forces me to think and even shape up my own life.” 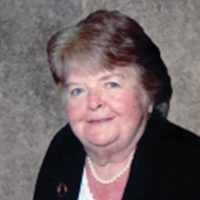 Kathleen Hagerty, CSJ is a Sister of St. Joseph of Boston. She holds a M.A. in Religious Education and a M.A. in Christian Spirituality from Creighton University, Omaha, Nebraska. She is also a NACC Certified Chaplain. Kathleen is also certified as a Mid-Life Directions Consultant, an international group who conducted aging programs for mid-life and older adults throughout the U.S. and abroad. Kathleen has been an educator, administrator and an Interfaith Chaplain for the State of Massachusetts in a in-patient clinical setting. Currently, Kathleen is a pastoral educator and conducts aging and spirituality workshops as well as Spiritual Direction and Retreats in the New England area. 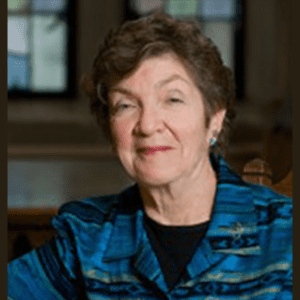 Nancy C. Kehoe, RSCJ, PhD., is a member of the Religious of the Sacred Heart. She is an Assistant Clinical Professor of Psychology in the Department of Psychiatry at Harvard Medical School, part time. Her area of expertise is religion and spirituality in the clinical context. For thirty-five years, using a model she created, Dr. Kehoe has led groups on spiritual beliefs and values for adults with psychiatric disabilities. For more than ten years she directed retreats at the Retreat Center in Cohasset MA and has presented at the CSJ Intern program in Brighton MA. She is the author of “Wrestling with Our Inner Angels: Faith, Mental Illness and the Journey to Wholeness” 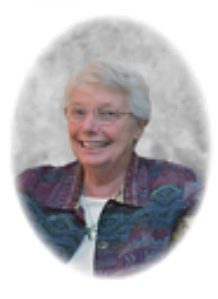 Dorothea Masuret, CSJ, received a Master’s Degree in Pastoral Ministry with a concentration in Spirituality from Boston College. For many years she served in the Office for Pastoral Ministries in the Archdiocese of Boston, providing opportunities for ongoing spiritual formation and pastoral outreach. During this time she also served as a group facilitator for Parish Pastoral Councils, Religious Communities and Parish Staffs assisting them in integrating and embodying their mission. She has offered Mornings of Prayer and Guided Retreat Days. Presently she serves on the St. Joseph Spiritual Ministries Committee of the Sisters of St. Joseph and has completed the Spiritual Direction Internship Initiative. 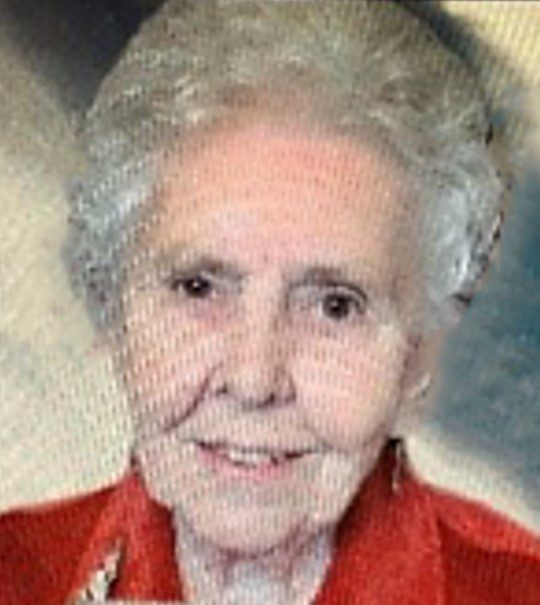 Joan M. McCarthy, CSJ, is a Sister of St. Joseph. She has ministered in spirituality programs since 1973 and this has included 24 years as a full-time staff member at Gonzaga Retreat House in Gloucester, MA, St. Joseph Retreat Center in Cohasset, MA, and Southdown, an ecumenical, residential treatment center in Canada. Joan has given hundreds of 4-30 day retreats in numerous U.S. retreat centers, Wales, Ireland, England, and Canada. She served on her congregation’s leadership and initial formation teams. Presently, she continues to offer spiritual direction, supervision, directed retreats, and professional development programs for spiritual directors and has co-directed a training program in spiritual direction since 2003. 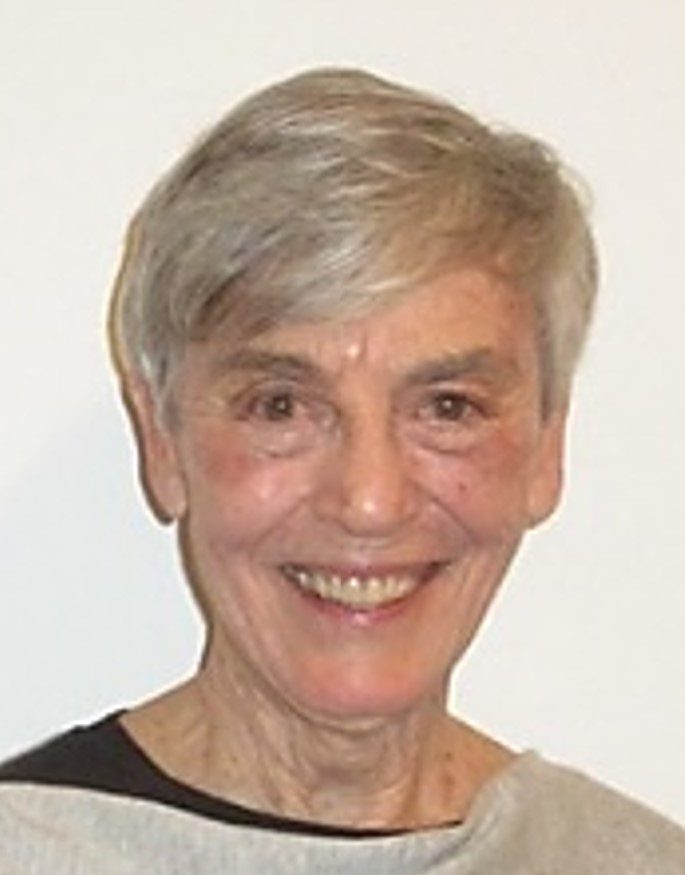 Gail O’Donnell is a Religious of the Sacred Heart. She has her Master’s in Divinity from the Weston Jesuit School of Theology and has been doing spiritual direction and giving retreats for many years. Gail has been in leadership positions for her Congregation and been involved with “Formation work” on the National and International level. 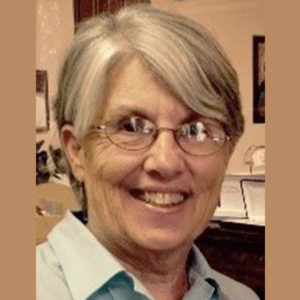 Jane O’Shaughnessy, RSCJ is a core team member of Sophie’s Well: A Center for Sacred Heart Spirituality for the US-Canada Province of the Society of the Sacred Heart. She has served on many of the Busy Person’s Retreat teams at the Sacred Heart Schools in the U.S. and in Taiwan. She has served as a spiritual director at the Institute for Consecrated Life in the Philippines and returns every other year to co-teach a class in Spiritual Companioning. She received her MTS from Weston Jesuit School of Theology. She is the mother of two daughters and grandmother of five amazing grandchildren.

Alice Poltorick has a certificate in spiritual direction from the Franciscan spiritual direction training program at St. Anthony Shrine and an MBA from Boston College. She has served as director of communications for the Sisters of Mercy, as provincial assistant for the Jesuits, and as a communications consultant with the Sisters of St. Joseph. Alice’s community involvement includes mentoring in the CLA program, facilitating retreats with the Ignatian Spirituality Project, and leading meditation workshops with More Than Words. Alice’s experience with Ignatian spirituality deepened during her work with the Jesuits and especially with The Jesuit Collaborative. She has made the Spiritual Exercises in the 19th Annotation format and on a 30- day retreat at Eastern Point. Alice is a member of St. Joseph Spiritual Ministries’ Advisory Board. 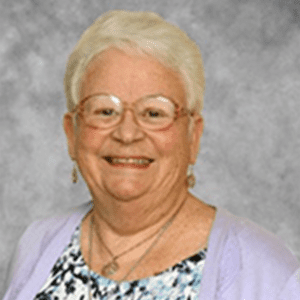 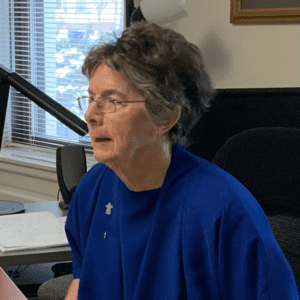 Pat Smith is a Sister of St. Joseph of Springfield, MA. Most of her ministry has been in East Africa in various ministries spanning 42 years. They have included secondary education, women’s development education, retreat and spiritual accompaniment, and formation work. In 2015 Pat returned home and ministered at Genesis Spiritual Life Center in Westfield, MA for a year and a half. She has finished a 5-year term as a member of her congregation’s leadership team. Now, she is back to retreat and spiritual accompaniment.