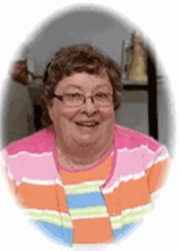 Receiving the telephone call last Wednesday evening from Sister Pat Malley’s sister, Julie, telling me of Pat’s sudden death was shocking and devastating especially for her family. For God to call Pat so suddenly, when her life was still in bloom was incomprehensible. However, being a family of faith and belief in the resurrection, we realize Pat’s death as a blessing from God. She is now experiencing NEW LIFE!

Entering the Congregation in 1955, Pat received the habit and religious name, Sister Mary Matthew. This ceremony on March 19th was a day of a great snow storm. So violent, it inhibited the families of the Party of 1955 to attend the investiture ceremony.

Beginning then, and since that day as a woman religious, Sister Mary Mathew, Sister Patricia Malley, has ministered for the past 60 years as a Sister of St. Joseph. Servicing the sisters in various convents of the Congregation gave Pat delight.  However, her greatest joy was as a teacher at Walnut Park Montessori and Director and teacher at Small Wonders Pre School. At both of these educational facilities Sister Patricia demonstrated her knowledge of Montessori education as well as an understanding of educating pre- school children. Her creativity stimulated learning and her jovial disposition elicited incentives to the children to comprehend the concepts of early childhood learning.

We all know that Sister Pat’s attributes were greatly appreciated by her family, especially her nieces and nephews and lately by her grandnieces and grandnephews. Often her suggestions and initiation, along with her persuasive advice to them produced an affirmative response with a delightful surprise to growth.  Auntie Pat was someone they loved dearly.  How could they refuse her counsel?   However, it is noteworthy that in later life, Auntie Pat would be asking them for assistance!

I cannot believe Pat thought God would call her so quickly. Upon the Congregation request Pat like many other Sisters of St. Joseph, planned her final liturgy.  Pat chose the cover, readings for the Mass, and the final message for the booklet.  For me, I believe Sister Pat Malley was giving us some insight into what was at the core of her being.  Pat’s choice of the passage from the book of Jeremiah declares God’s words of having plans for her, “I know the plans I have for you”.  And likewise God’s response when/and if she called to God, “I will listen to you”. These statements appear to be Pat’s reassurance for her life. Trusting in God was Pat’s strength. The Gospel from Matthew detailed who would, “sit upon the royal throne”, and identified the varied ways that the people of God could be served. These tasks appear to be the stimulus that Pat embodied in her ministry. She saw these deeds as consistent with the mission of the Sisters of St Joseph to serve the “dear neighbor”.

Sister Pat Malley dedicated her life as a Sister of St. Joseph towards bringing delight to the Sisters in the convents in which she lived, educating the young children placed in her care, and assisting the residents at the Rockingham Glen. Pat placed great care also in supporting her family with any requests they had or were brought to her attention.

“Stimulated by the Holy Spirit of Love and receptive to its inspirations, the Sister of St. Joseph moves always toward the profound love of God and love of neighbor without distinction”. These words of our Constitution seem to reflect the life of Sister Mary Matthew – Sister Patricia Malley. She loved her family dearly, she loved the Congregation, and loved serving those she felt were in need.  And she did it her way, utilizing the gifts that were given to her by God, sharing her talents for the welfare of others, and keeping in mind that “every time you did this for the least of my sisters or brothers, you did it for me”.

Sister Patricia Malley (Pat’s) death was indeed sudden and is a great loss for her family and for those who knew her. We, the Sisters of St. Joseph give thanks to the Malley family for the gift of Sister Patricia Malley’s, (Sister Mary Matthew) life and service as a member of the Congregation, and the Party of 1953 for these past 60 years.

As we commend Sister Pat to God, let us find peace, in the knowledge, that she may now see and experience her loving and compassionate God.   May Sister Patricia Malley know the joy of eternal peace.