We Remember Her
In the blowing of the wind and in the chill of winter,
Sister Barbara Reney, CSJ
(Sister Michelle) 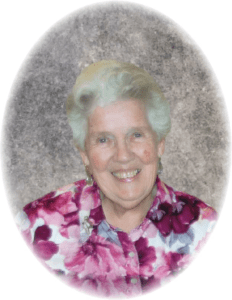 The written word wields great power. Indeed, “The pen is mightier than the sword.”  Barbara Reney knew the power of words to instruct, incite, and to inspire. Barbara was truly a lover of the written word.

Barbara Marie Reney was the fifth child born to Michael and Catherine Reney. With her siblings Catherine, Margaret, John, and Robert, Barbara grew up in the Fields Corner section of Dorchester. As a child Barbara was a voracious reader; her favorite haunt was the Fields Corner Branch of the Boston Public Library.  Being an avid reader often results in being a good student. And so it was with Barbara.

After graduating from Mount Saint Joseph Academy in 1950, Barbara entered the novitiate of the Sisters of St. Joseph with classmates and lifelong friends, Kay Gilmore and Ellen Pumphret. When she received the habit in March of 1951, Barbara received the name Sister Michelle.

My path crossed that of Sister Michelle in the early 1960s at Our Lady of Lourdes School in Jamaica Plain, where we served as corresponding teachers of the seventh grade. At the time Barbara was pursuing a master’s degree at Boston College, majoring in English. It was evident that she relished the challenging assignments and respected the erudition of her professors.

We met again at Fontbonne Academy in the early 1970s. Here Barbara was clearly in her element, probing the intricacies of the written word in her English classes and serving as moderator of the yearbook. One year Barbara worked with the yearbook staff to develop the book around the theme of Dandelion Wine, the imaginative novel by Ray Bradbury. The completed yearbook presented all the usual elements carefully enveloped in the words and images of Bradbury’s work. Barbara and the staff sent a copy of the book to Ray Bradbury and, to their delight, received a response of great appreciation for their work.

Barbara moved from the role of teacher in the classroom to that of spiritual director and director of the retreat house at Cohasset, having earned her degree at the Jesuit School at Berkeley, California. It was at Cohasset that Barbara found her God in the beauty of the sun, the sky, and the sea. It was at Cohasset that Barbara first encountered her beloved blue heron. One morning Barbara raised her window shade as the sun was beginning to rise from the ocean to see a blue heron standing at the shoreline. As she watched, the heron gracefully spread its wings and glided effortlessly, silhouetted against the rising sun. Barbara wrote of this experience, calling the heron “wing to span the sky” and “Guardian God”.

Sometime later she made a retreat at a site bordering a pond, where she was greeted daily by the presence of a blue heron on the opposite shore. Their silent communication was genuine prayer and Barbara felt that the bird’s presence was a sacred sign. Barbara wrote of this encounter, noting the grace and beauty of this winged creature.

Threaded through all of Barbara’s ministries was the expression of her experience in writing. Not only did Barbara craft lovely prose works, but she also had a gift for poetic expression. Her poem about the one hundred one windows of the retreat center serves as evidence of her romance with language. Among her favorite poems were the works of Mary Oliver, whose books lined Barbara’s shelves.

Last Thursday evening, when Barbara had completed her earthly journey, I sat by her side, wondering where she had gone. I pictured her, sipping dandelion wine with Ray Bradbury or savoring tea and poetic images with Mary Oliver.  No, I decided.  Barbara is standing on the shore spreading her wings and gliding effortlessly, silhouetted against the rising sun, in the company of her beloved blue heron, her “wing to span the sky”, her “Guardian God”.