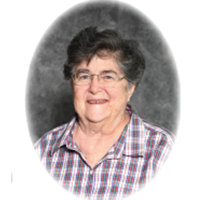 Sister Kathleen Maguire, formerly Sister John Patrice was born on March 17, 1939 to Francis and Margaret Maguire.  She grew up in Jamaica Plain with her sister Maureen and her brother Kevin.  When she was 17, she entered the Sisters of St. Joseph and began her journey of a myriad of ministries using her God given gifts.

In the novitiate, Kathy was known as the plumber, the go to person for any part of the convent that was malfunctioning. In times of big and small crises through the years, Kathy responded generously, fixing whatever needed attention. This generous responding was more keenly witnessed in Kathy’s outreach as her eyes were opened to those who were on the margins of society, those who had been unseen, forgotten or judged. Especially bright in the sciences and well liked as a teacher, Kathy was nonetheless drawn outside of the classroom, where her God given gift of compassion compelled her to reach out to those most in need.  Rooted in her belief that all deserved dignity and to have the most basic of rights to a home, food and belonging, Kathy opened the Louison House in Brockton and created a place of safety and shelter from the storms of life.  Residents of the house described her as a “second mom” and an advocate who really listened to them.

In her later years, Kathy used her technological skills to teach others, again being attentive to the needs of the times, offering her skills with others not so technologically inclined.

Kathy’s joys were in her family, in nature, in faithful friendships, including of the feline variety, and in being a healing presence to those who are hurting. These last years for her held pain that was both physical and emotional. Her last months following a stroke left her confused and distraught at times.  Even in her most difficult moments, Kathy held fast to her love for her family and friends.  Stories from long ago and not so long ago, tell of the light in Kathy’s eyes as she would talk about her family, especially the little ones.

Now, Kathy is at peace, united with her family who awaited her, and her dear friend Sister Christiana, with whom she shared many adventures.

We trust the healing she offered and the healing she sought is hers now, as she lives in the loving embrace of the God who gave her life, and now gives her life everlasting.