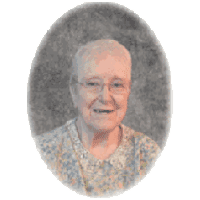 St. Augustine described our earthly journey as one of uncertainty when he wrote, “Our hearts are restless, O God, until they rest in you.”   A sense of restlessness marked Marie Claire’s journey, which prompted her to seek out a variety of ways in which to minister to the dear neighbor.

Mary Therese Goudey was one of three children born to William and Sarah Goudey.  With her brother William, and sister Claire, Marie was raised in Everett.  She was graduated from Mount St. Joseph Academy and entered the Congregation of the Sisters of St. Joseph in September of 1957.  When Mary received the habit the following March, she also received the name Sister Marie Claire, in recognition of her sister Claire.

As was the case with most of us, Mary began her ministry as an elementary school teacher, serving in a number of local parish schools.  Mary also pursued a master’s degree in pastoral ministry at Emmanuel College, which enabled her to serve in parish ministry as director of religious education. For a period of six years, Mary returned to teaching; however, at the secondary level at St. John’s Prep in Danvers. Later, Mary brought her pastoral skills to patient services a Newton Wellesley Hospital, caring for both patients who arrived in the Emergency Room and for their families, who accompanied them.

At first, Mary’s transition to Bethany was a challenge for her; however, as it was clear that she should receive the services of the second floor, Mary transitioned not only to a new living situation but also to a new kind of ministry.  In a role similar to what she had done at the hospital, Mary comforted residents who were in need of companionship.  It was a common sight to see Mary sitting with a resident and praying words of comfort.

Now, Mary is comforted by her good friends, Sisters Ann Marie Lawless and Ann Moynihan, as she joins them in experiencing the reward for her earthly labors.