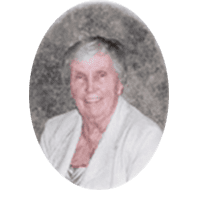 We Remember Her In the opening of the buds and in the rebirth of spring.

No one would dispute the presence of life in Margaret “Peg” Horan.  Certainly her vision of life was a glass not just half full, but brimming over.   Truly, her love of life was very evident to all whom she met.

Margaret Therese Horan was one of three children born to Frederick and Agnes Cecilia Horan – Mary, Frederick, and Margaret Therese.  Peg’s brother, Frederick, died as a young child.  With her sister, Mary, Peg grew up in Dorchester, attending St. Peter’s Elementary School.  Peg encountered the Sisters of St. Joseph at Matignon High School, where she was a member of the first graduating class and where she later served as a faculty member.  On the fiftieth anniversary of her graduation Peg was inducted into the Matignon High School Hall of Fame and rightfully joined an elite group of honored alumni.  Before she entered the Sisters of St. Joseph in September 1953 Peg worked for the Telephone Company.  As a Sister of St. Joseph Peg embarked on her journey of education and ministered at the elementary schools of St. Catherine, Norwood, Our Lady, Newton, St. Ann, Somerville and eventually at her alma mater, Matignon High School.  Her teaching ministry spanned forty-five years.  Imagine how many young lives were enriched by their association with Sister Peg!  Peg moved on from teaching to ministering at the emergency room of Newton Wellesley Hospital, where the injured, the frightened, and the grieving were comforted by her assuring presence and kind words.  The staff of the hospital were pleased to have her support in caring for patients and families alike.  Peg certainly exemplified the CSJ core value of love of neighbor without distinction.

The other day Sister Betsy remarked to me that “Peg belonged to everyone.”  That fact is evident by the number of people gathered here today to celebrate the gift that Sister Peg was to all of us. (We did consider engaging Gillette Stadium for this gathering.) Peg had a remarkable talent for connecting with people and for keeping those connections vibrant.  Peg was loyal, enabling her former employer, the telephone company, to stay in business as she made her many daily calls.  “Just checking in”, she would say or “I’m giving you an update” as she engaged each person in a few minutes of conversation.  Oftentimes that call brought a moment of lightness into the life of the recipient.  If one were to check Peg’s list of contacts, one would find that it probably could rival the Manhattan Telephone Directory.

True to her Irish roots, Peg loved a good story.  If someone stopped by to say “Hello”, she’d invite the person to sit and share a story.  The chair in her room at Bethany was rarely empty.

Peg will be remembered in many ways by many people.  In response to the notification of her passing the comments were numerous, citing the qualities for which she’ll be remembered.  One that captured Peg’s love for life stated, “She has brought her amazing spirit with her- another bright light in heaven”.

May the God who loved you into being, who drew you to serve as a Sister of St. Joseph and who welcomed you into the company of the blessed, bestow on you the reward you so richly deserve!  Godspeed, Peg!