The Immigration Committee organized meetings at St. Joseph’s Hall, Bethany Health Care Center, Fontbonne Convent and the Motherhouse to make a significant response to the Department of Homeland Security’s proposed changes to the “public charge” rule. Following presentations by Pat Andrews, CSJ, and Betty Cawley, CSJ, detailing the harm that would come to immigrants seeking a green card or other change in status, those present prepared their written or online response to the proposal. Many Sisters and Associates responded on their own to this opportunity for public comment. Many thanks to all who made their voices heard. 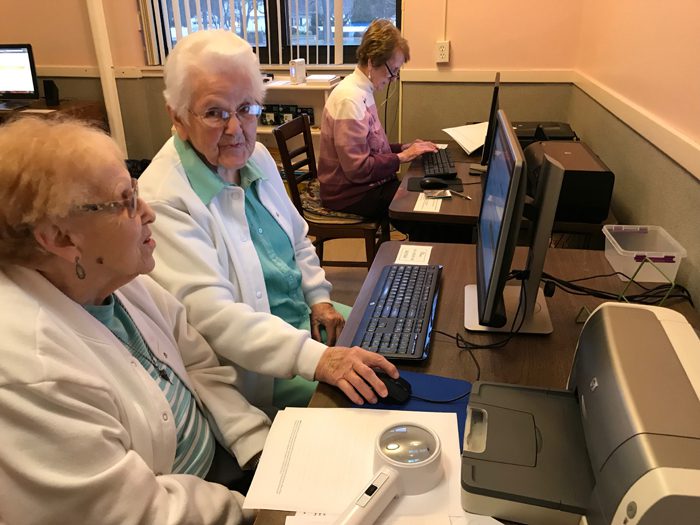 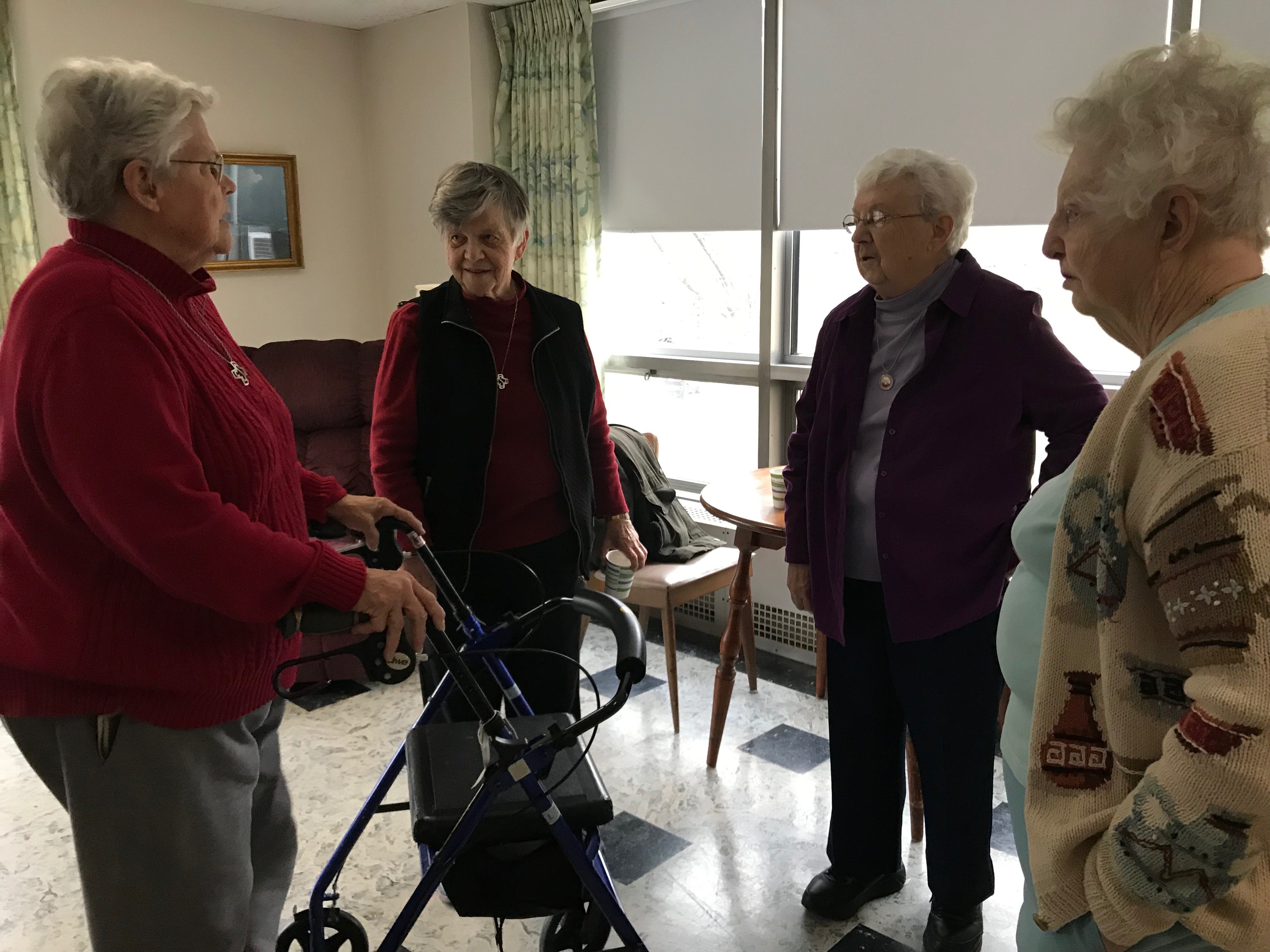 So Full of Reasons to Be Grateful!

The Thanksgiving season at Casserly House was so full of joy and reasons to be grateful. On Tuesday, Nov. 19, some of our adult ESOL students attended the Our Shared Table luncheon with the Massachusetts Immigrant and Refugee Advocacy Coalition (MIRA). We heard from inspiring speakers and enjoyed fellowship with others working for immigration justice in Massachusetts.

That evening, our younger neighbors had their own chance to celebrate and be grateful. The 2nd-7th grade students from the After School Program held the annual Thanksgiving prayer service. Our community, including many of our volunteers and friends, gathered together in prayer. The students shared the things in their lives that they are grateful for and helped our grown-up guests complete paper gratitude chains, which will decorate our space until Christmas.

At Casserly House we are full of thanks for our wonderful neighbors – our students, our volunteers, and our friends. 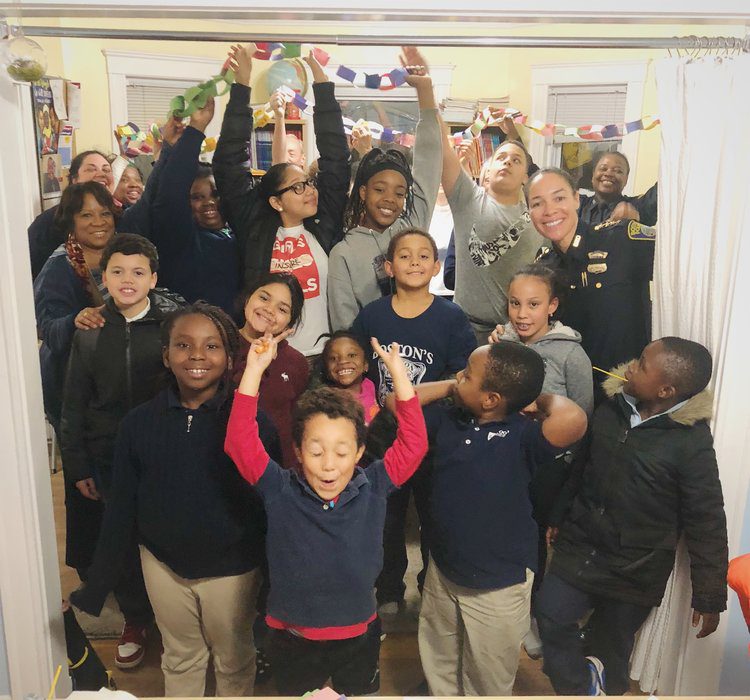 Our annual Thanksgiving prayer service was a wonderful celebration!

As associates prepared to gather in Brighton on November 17, snowy northern skies had cleared, and Janet Gagnon, CSJ, our guest speaker, assured us that she was well on her way. We were delighted to welcome Janet who had traveled many hours over dark, wintry roads from Winslow, Maine, to be with us and to share her presentation, A Global Embrace of the Charism.

After joining together in opening prayer, sisters, associates and guests sang May the Longtime Sun as we acknowledged Janet’s presence among us, and offered our blessing as she prepared to share highlights of her story. In keeping with her theme of global embrace, Janet offered a moving and thought-provoking video, Raising
Humanity – an urgent reminder that we are “. . . of only one earth.”1 She then proceeded to tell a story filled with courage, optimism, and hope. In describing seeds of the CSJ’s emerging global outreach, Janet highlighted social and political challenges faced by sisters in France during the 19th century when Mother St. John Fonbonne realized, “They don’t want us here in France, so we will go out to the whole world!” Today, CSJ global presence continues throughout the world. An amazing segment of our story to be told on another day!

In sharing her own experiences, Janet noted: “Assuming responsibility for sisters world-wide . . . being part of an international group . . . meeting and working with sisters of so many cultures . . . these have been the blessings of my life!” In telling the story of the International Centre in Le Puy, she emphasized that the Centre is “. . . a place for us to gather; it is the gift of the 21st century to all who have a global heart.” And as Carol Zinn, CSJ, Philadelphia, reminds us: “A global heart is not an option for a CSJ. It is who we are!” 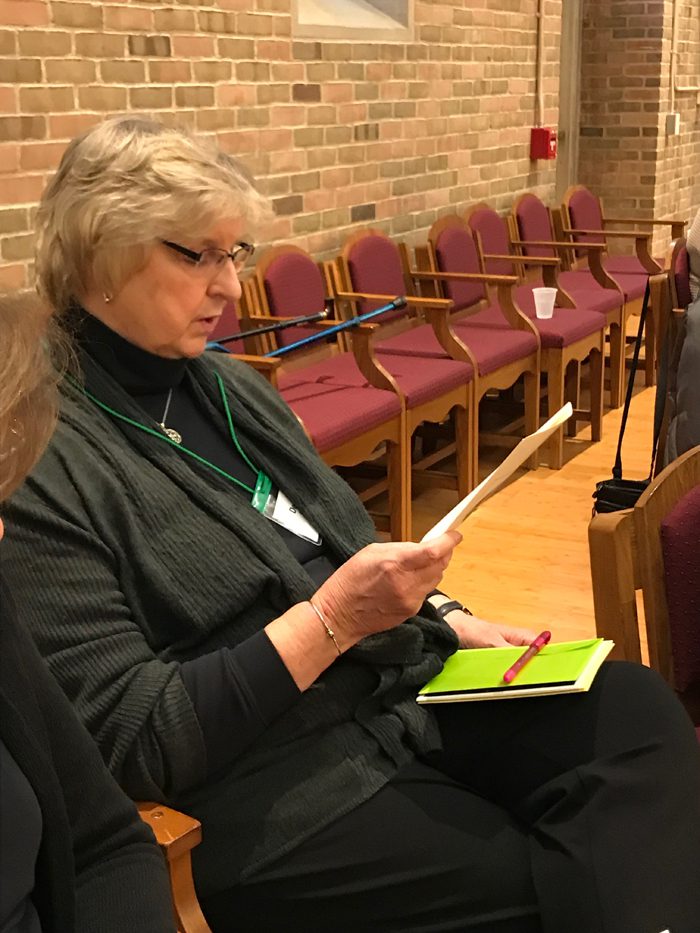 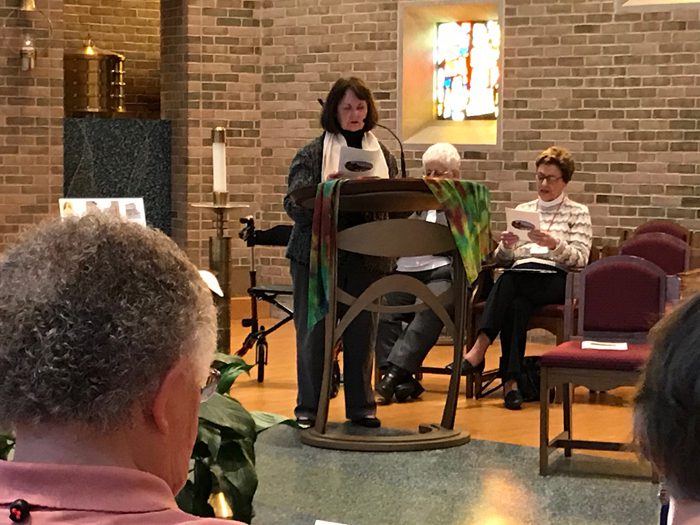 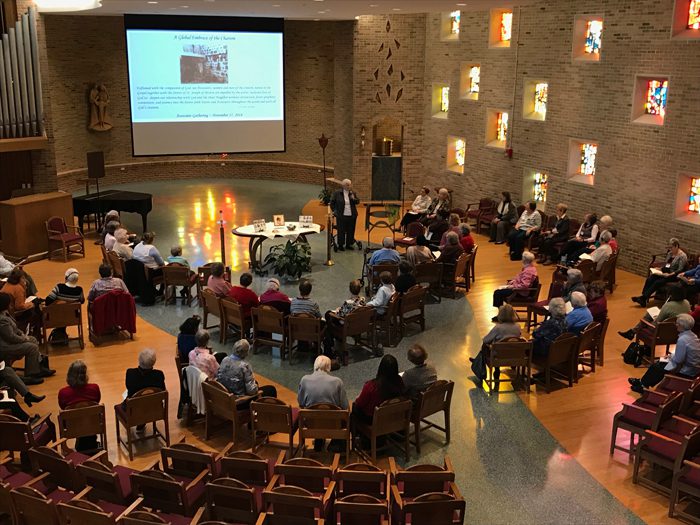 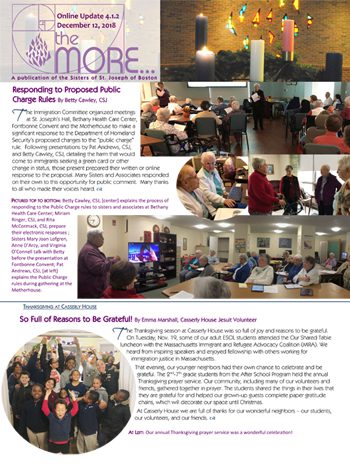