“THE WORK OF RAISING AWARENESS MUST BEGIN AT HOME”
by Marilyn McGoldrick, CSJ 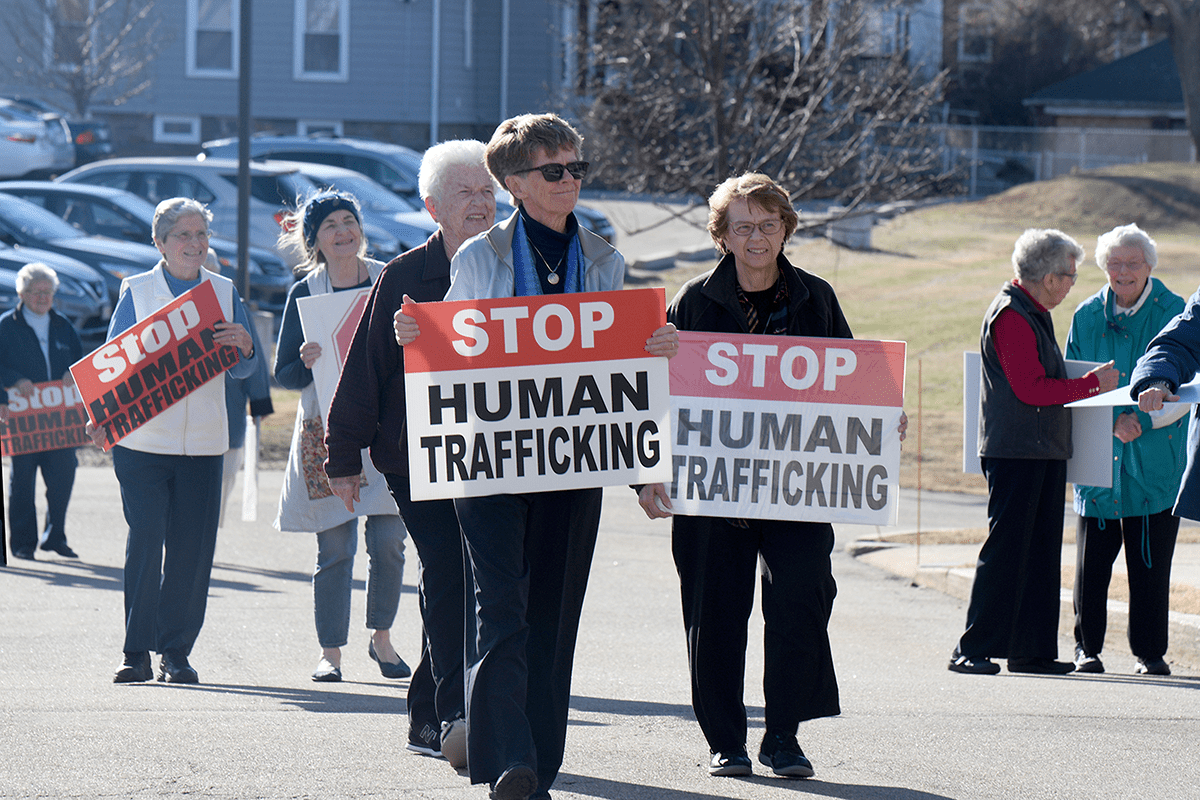 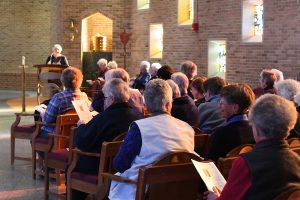 On Sunday, January 12, 2020, more than 100 supporters gathered at the Motherhouse of the Sisters of St. Joseph for the 11th Annual Prayer Vigil for an End to Human Trafficking. Mary Jane Cavallo, SNDdeN, welcomed those gathered on behalf of the five congregations from the Boston Anti-Trafficking Coalition.

“. . . The work of raising awareness must begin at home, with ourselves, because only this way will we be able to then make our communities aware, motivating them to commit themselves so that no human being may ever again be a victim of trafficking.” Pope Francis, 2018

Many participants processed outside to witness in a silent vigil while others remained in the chapel to pray for victims of human trafficking. The vigil concluded with a prayer for all those trafficked: Bring them hope and freedom. ¶ 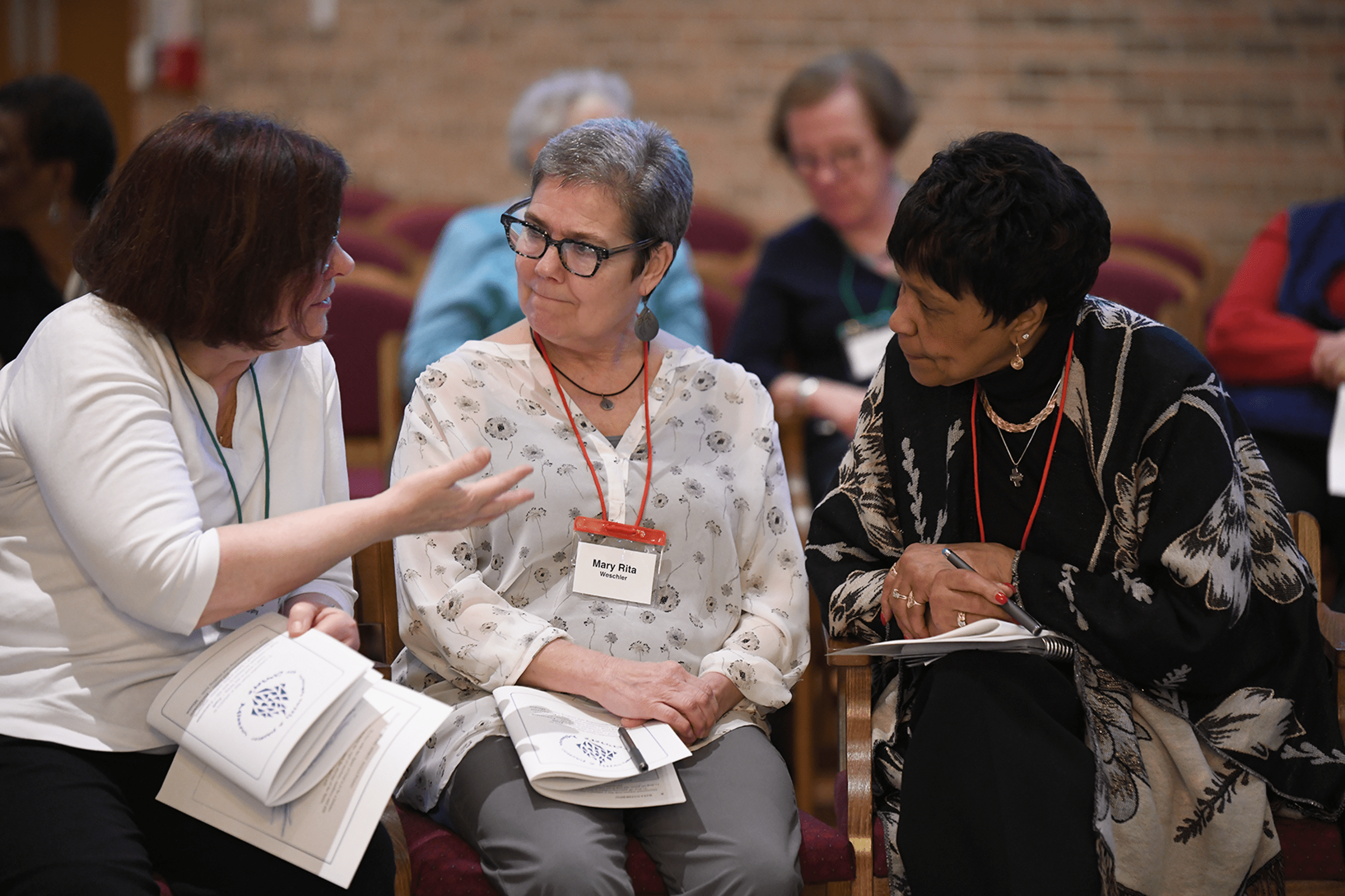 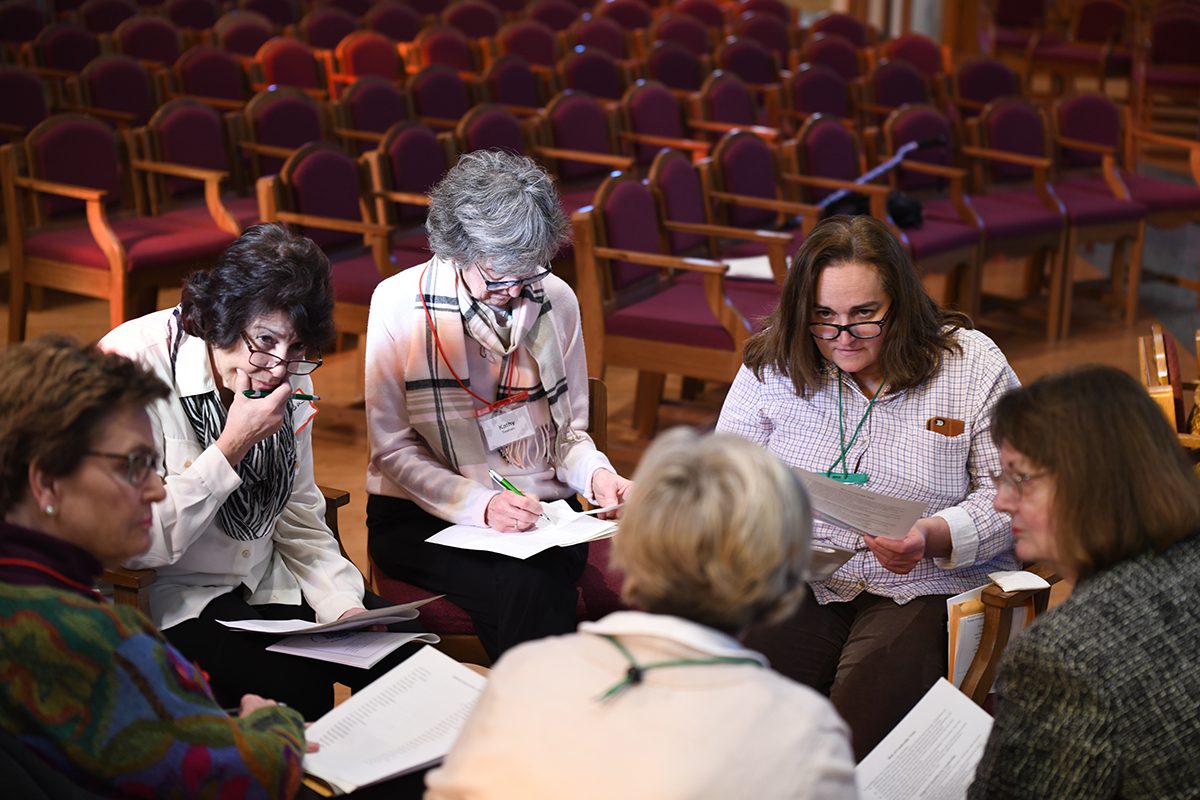 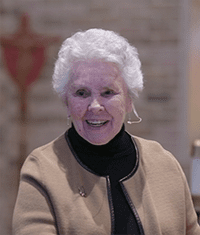 On Saturday, January 11, 2020, CSJ Associates began the New Year with a thoughtful and reflective presentation on discernment by Joan McCarthy, CSJ. In developing her topic Discernment: Experiencing God in Life’s Moments and Choices: An Awesome Challenge, Joan stressed our predisposition for discernment – gathering data, listening quietly, and remaining open to God’s Spirit speaking to us through prayer and through others. As Jessica Powers suggests in her
poem To Live with the Spirit, “To live with the Spirit of God is to be a listener . . . One leans to catch the stirrings of the Spirit,
strange as the wind’s will.”

Dorothea Masuret, CSJ, facilitated the process of raising names for Associate Leadership. Dorothea invited everyone to enter into a mode of discernment. In preparation for raising names, she suggested that we reflect on the role of the Associate Leadership team, and review the discernment guidelines distributed in December in order to consider the qualities needed for leadership. Of those whose names were raised, thirteen associates have agreed to move forward with their discernment.
These women will gather with Dorothea on February 1st in order to discern further their willingness to remain in the process. We ask for your prayers as these associates pray and reflect. 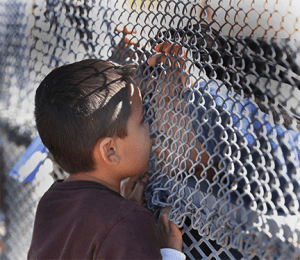 National Migration Week was celebrated on January 5-11, 2020. The theme for this year’s celebration was “Promoting a Church and a World for All,” which reflects the need for Catholics to be inclusive and welcoming to all our brothers and sisters. It is a call for unity to stand in solidarity with and care for those who are excluded and marginalized.

Betty Cawley, CSJ, Justice Promoter for the Sisters of St. Joseph, sent the following suggestions to sisters, associates, agrégées, and Brighton employees:   Get Engaged –   Write a letter to the editor Email migrationweek@usccb.org  –  Get involved with your community   –   Pray. 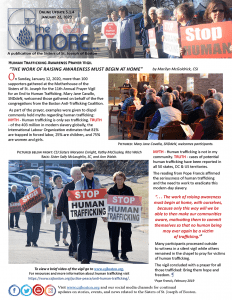