Safely reopening “so the house can come alive again” 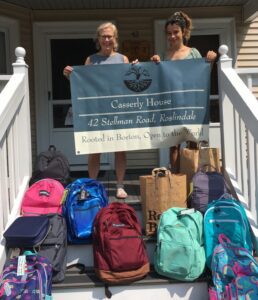 Pictured Above: Donna (left) and Briana (right) with backpacks filled with school supplies from donors for the After School program students 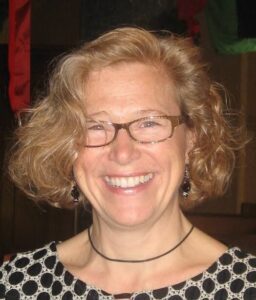 Donna shares she wants “to highlight community leadership,” recalling that during her many years of working in mission-focused and faith- based organizations, it was the people within communities who fueled the programs. Donna collaborated to bring the resources and tools needed to start programs and expand them in other communities.

During her time as the Social Justice Minister at the Paulist Center in Boston, Donna worked with Pat Lambert, CSJ (1927-2010), who served as a mentor. It was there Donna learned “how to not only have a voice, but to apply it, and more importantly to engage other people’s voices.” Donna has lived in Roslindale for the past five years and knows the importance of lifting the voice of the community.

Growing up in a household which hosted visitors from around the world, she notes that “the idea of ‘open to the world’ at Casserly House is something that’s in me.” Like many who come to Casserly House, she knows what it’s like to be an adult language learner. Before moving to Roslindale, Donna was a lay missioner with a women’s cooperative in Bolivia for over three years. She explains that “the women [she worked with] are indigenous, so we were all working in our second language. In spite of this, we communicated with one another and built beautiful trust.” In fact, it was this initial language barrier that became a bridge among them and between their cultures. “Not having the language proficiency up front helped me to listen, ask questions.”

After a pandemic year, Donna’s hope is to safely reopen, “so the house can come alive again.” In concert with the Roslindale community and in the charism of the Sisters of Saint Joseph, Casserly House will continue to make the path by walking it, in faith and with vision toward the future. 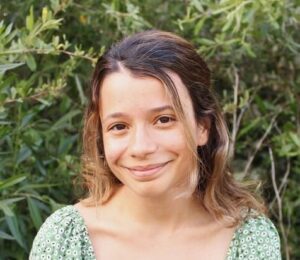 Briana comes to us from Pepperdine University in Malibu, California, having just graduated with a Bachelor’s in Psychology with a minor in Social Work. When applying for a site placement through Jesuit Volunteer Corps, the mission of Casserly House drew her. “I knew I wanted to work with children and adolescents. It’s something I’m passionate about.” With many positive experiences volunteering with children in the past, Briana’s strengths and talents are best suited for working with this age group. She also sought out an urban environment for her placement because she feels it’s the ideal place to explore areas of social work. Briana recognizes that Casserly House provides a unique opportunity being right in the neighborhood of the people it brings together: “I love that Casserly House is in a home.”

She expresses feeling eager to enter a new leadership role, recognizing that as a coordinator her decisions hold more weight than in her previous volunteer experiences. She is excited to make her own mark on Casserly House as she leads the After School Program. Both Donna and Briana are eager to continue the mission of Casserly House! 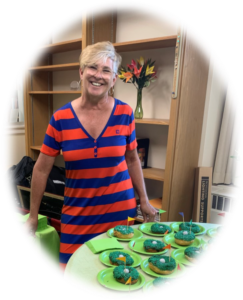 Bittersweet farewells and many “thank you”s were expressed to Darlene Rogers at her sendoff last month in the Communications Office. Darlene served as the Congregation’s Assistant Director of Communication for 14 years.

Thank you Darlene for your many years of devotion to the CSJ sisters and their mission!

We will miss you! 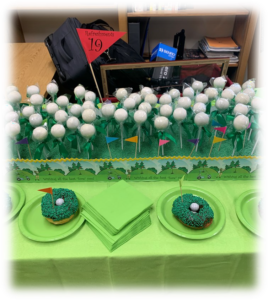 Hole-in-one Donuts and Golf Ball Cake Pops were on the menu for the celebration.

News from the Literacy Connection

Those who have recently walked through the Literacy Connection office may have noticed an increase in the number on the whiteboard: 168. It can only mean one thing: A new U.S. citizen!

Congratulations to Lina Maria Casas who passed the exam and interview to become a U.S. citizen last month! Thanks to Sr. Pat Andrews and Sr. Rose Canney for the incredible preparation and tutoring they bring to the program. 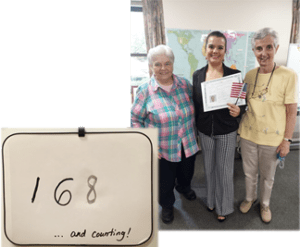 A New Partner in Mission

Welcome to the newest member of the Motherhouse Administrative building!! 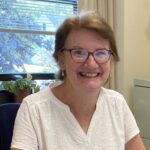 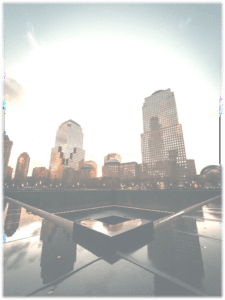 Photo by Jericho Cervantes on Unsplash

As CSJ Associates gathered in Brighton on Saturday, September 11,the excitement was unmistakable: exuberant greetings, animated conversations, and joyful gratitude for the opportunity to meet in person once again!By Kathie Shute, CSJA

Mindful of the significance of this solemn anniversary, two decades after the unthinkable devastation of 9/11, our gathering focused on hope-filled prayer for reconciliation and peace.

We looked to the past, sharing moments of prayer, silence, and reflection—honoring those who lost their lives that day, and remembering families, friends, colleagues and first responders forever affected by unimagined loss, shock and grief. Pausing to consider the challenges of Living Great Love in Turbulent Times, we found inspiration in words of reflection shared by Janet Mock, CSJ:

We were made for these times! Stand up and show your soul!”

Our prayer continues now as we look toward the future:

Guide our feet into the way of reconciliation. Inspire us with hope in the gifts of shalom, salaam and peace. May we be one . . . in union with one another. 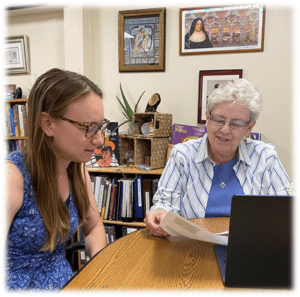 Joanne Gallagher, CSJ with Katie McNally, our CSJ Archivist, who is work- ing as the Interim newsletter editor of “the MORE…update”

MORE INFORMATION AND A COMPLETE LISTING OF EVENTS IS AVAILABLE AT: 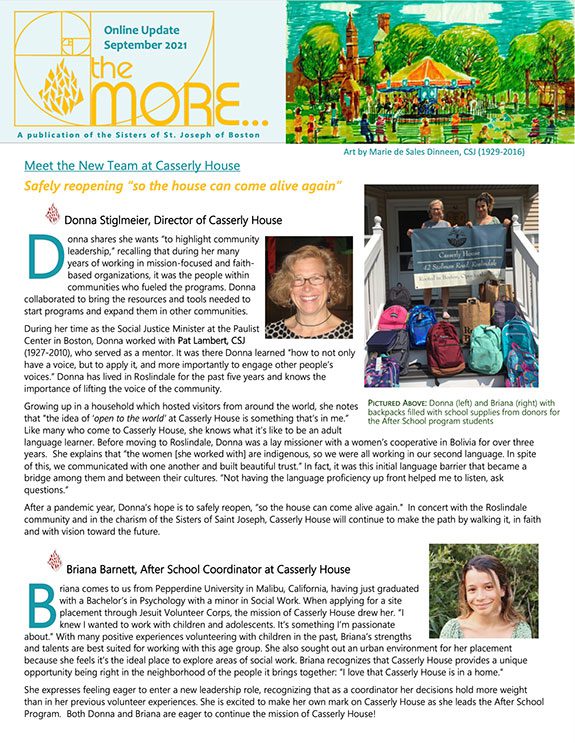